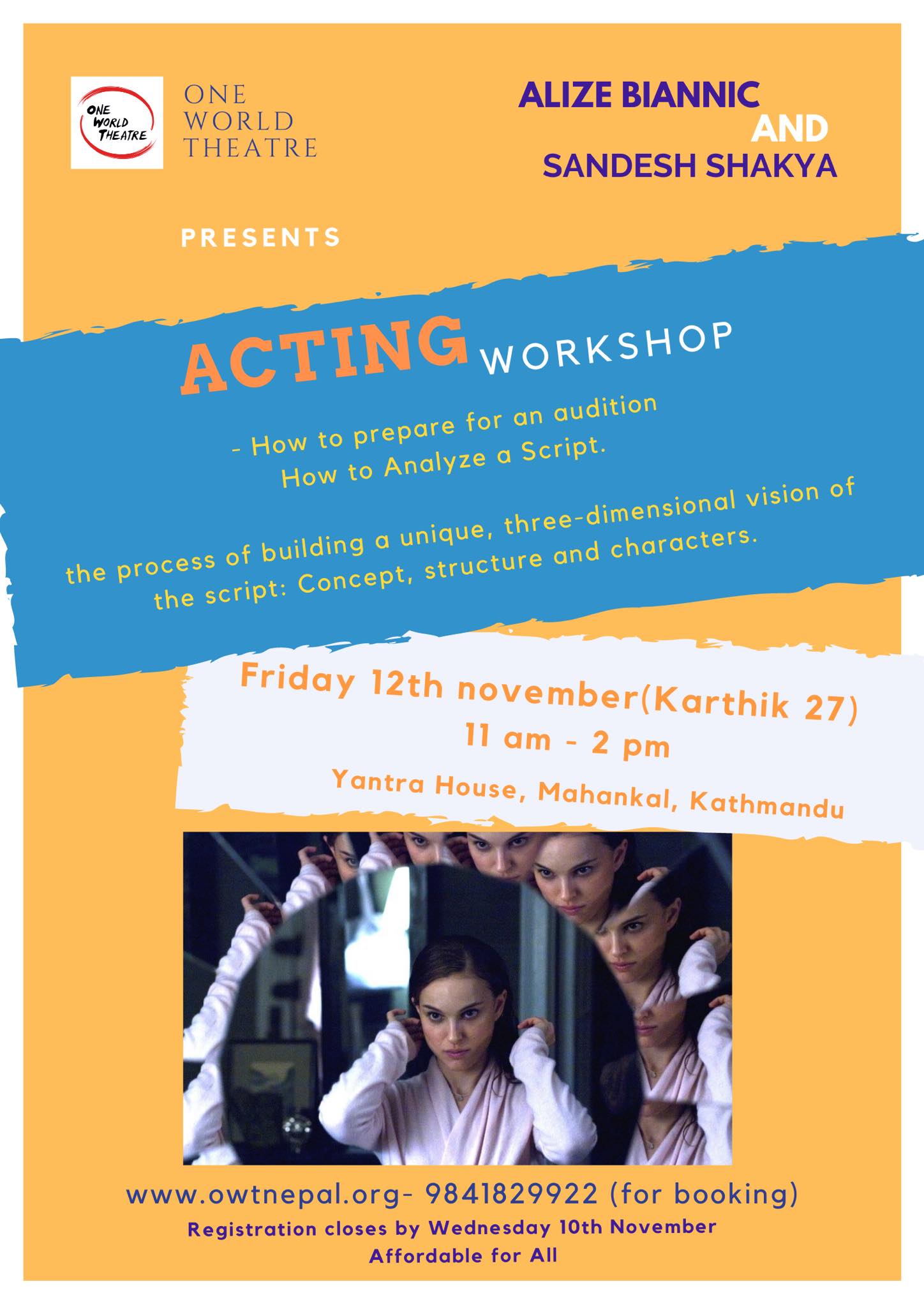 One World Theatre is offering a 3h acting workshop on script reading and auditioning.
Booking: 9841829922.
Registration closes by Wednesday 10th of November. Affordable for all.
With: Alize Biannic and Sandesh Shakya.
Alize Biannic is a Performing Arts Artist. After starting at the Paris Opera, she knew she had found her passion and way of expression. She performed in over 50 productions. Alizé earned her Bachelor of Performing Arts at the Royal Ballet School (Covent Garden) and got her Master from the London Meisner School. Initially trained as a dancer, she fused her choreography skills with acting. Wanting to explore new horizons and cultures brought her to Nepal in 2013 where she has created and directed dance theatre shows, cabaret and musicals since 2014.

The workshop at Yantra house gathered ten participants, all very interested.  As the focus was on script analyzing, after the physical and voice warm up, Alize performed a monologue and then participants tried to guess the age or backstory of the character. One of the exercices was about acting crazy and stupid, which provided a lot of fun. From there, a dialogue was given per pair, and then a similar analysis was done, exploring the possible relationship between the characters, and trying variations on them. Lastly they performed these in pairs, though a chicken intruded on one scene. All of them would like to follow classes regularly, and two of them are interested to volunteer for our upcoming production of Stop Kiss.