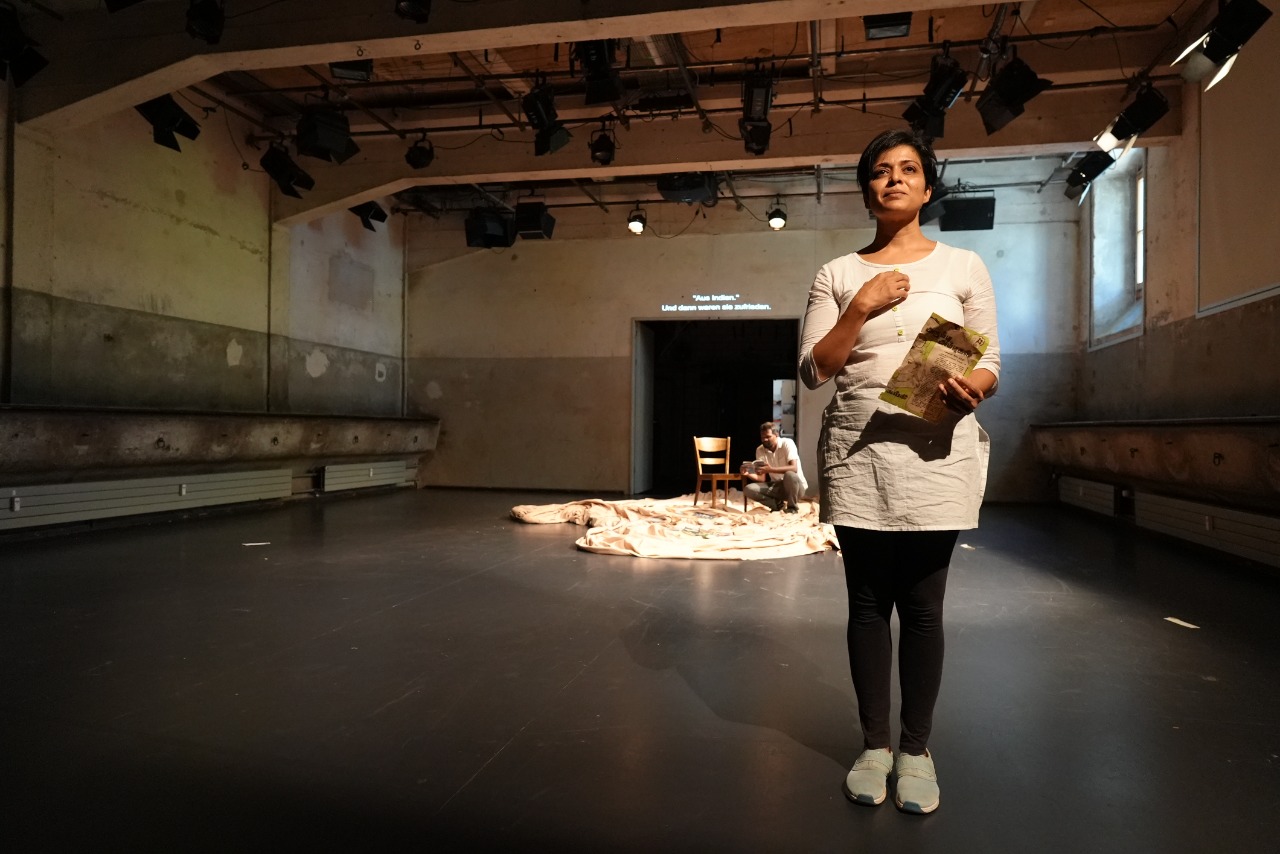 The 1981 fire at the Central Library in Jaffna, northern Sri Lanka, marked the beginning of a civil war. Indian director Sankar Venkateswaran, whose production is based on the memories of the Tamil population, used an innovative but simple means to evoke the drama in a play "My Name Is Tamizh" at the Basel Theater Festival. The August edition gathered theatre, dance and performance presentations from countries such as Brazil, South Africa, Australia and Thailand. It included the world premiere of "My Name is Tamizh" at the Junges Theater Basel: a multi-layered commemorative work dealing with the war in Sri Lanka. A major event leading to Sri Lanka's civil war was the 1981 arson at the Jaffna library, the largest in South Asia: "a cultural genocide"

A single kerosene lamp hangs in the bare concrete room with shattered walls. Here the Indian director Sankar Venkateswaran, the actress and OWT member Kavita Srinivasan, who spent her youth in Africa and the USA, and the farmer's son Nicholas Kirutharshan from Sri Lanka tell their individual Tamil stories. With a simple tone but dramatic moments, hardly ever drifting into sentimental, creating an unsentimental testimony.

Srinivasan reports a shock of reality when she, the diaspora Tamil woman, later visited this war zone covered with barbed wire like a tourist and saw cyanide capsules dangling from the necks of the armed tiger women. Out of fear, she denied her Tamil language in front of these women. She recalls seeing the houses full of bullet holes: "What happened to make it look like that? So many guns! So many bullets... and now this silence! Where are these people now?"

Even the simple means are enough for the troupe to evoke an impression of the drama that must have prevailed during the fire in the library. The kerosene lamp sways back and forth. Venkateswaran beats a tambourine. Srinivasan runs around the hall to collect piles of books. According to Kirutharshan, people did indeed rush into the burning house, where important Tamil literature was kept, praying and screaming.