A play by Sandesh Shakya 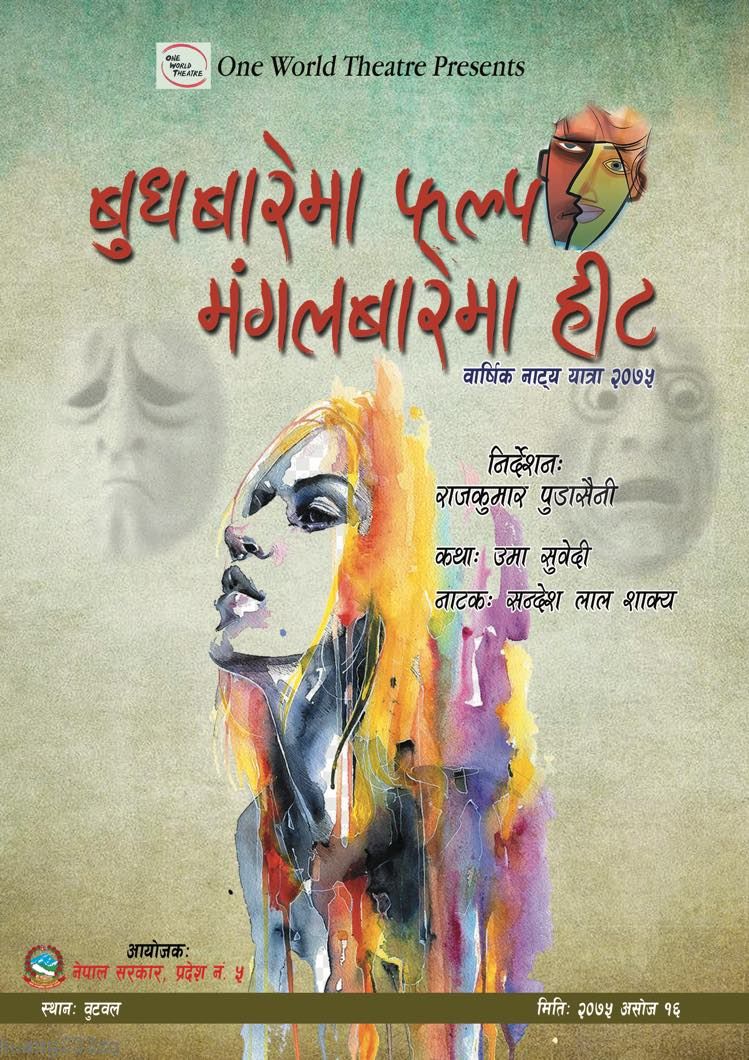 This original Nepali language drama tells the true story of a young woman from the Morang District of Nepal who joins a local theatre company and is faced with many challenges--from her family, her community, the law, and the theatre company itself. She experiences the joys of creating theatre, as well as the challenges of working with a non-transparent company. In the end, she has to make the heartbreaking choice between a life in theatre or her family.

This devised drama directed by Rajkumar Pudasaini, returns to the theme of the conflict of life and art and parental expectations, as a young Nepali girl from a lower caste struggles to succeed as an actor. This production builds on Pudasaini’s experience directing the 2016 reprise of Nepali Aama, based on the oral history of a Gurung hill woman by Broughton Colburn, which also performed in Nepali and travelled to Bratnagar and Nepali villages with Theatre Gaine, our mobile stage. “We brought a tragedy but filled it with humor, which allowed us to make a 4 page personal story into a 90’ intense play” said Sandesh Shakya, the scriptwriter.

This 90’ One World Theatre production with a cast of 12 toured to perform twelve shows in four cities of Nepal from 23th of September till the 5th of October 2018. An average of 75 people attended each of the six public shows and over two hundred people attended the six scheduled performances for specific audiences (schools, two colleges), making a total of audience of 420 people. Rajkumar Pudaisani, the director, said:” This play took us on a surprising journey which brought together an idea from a writer, who had shared her story, and then saw it grow and evolve to a play, with theatre people putting in their own passion.”

It was performed 12 times.

A total of 420 people enjoyed the performances.