The Goat, or Who is Sylvia?

A play by Edward Albee 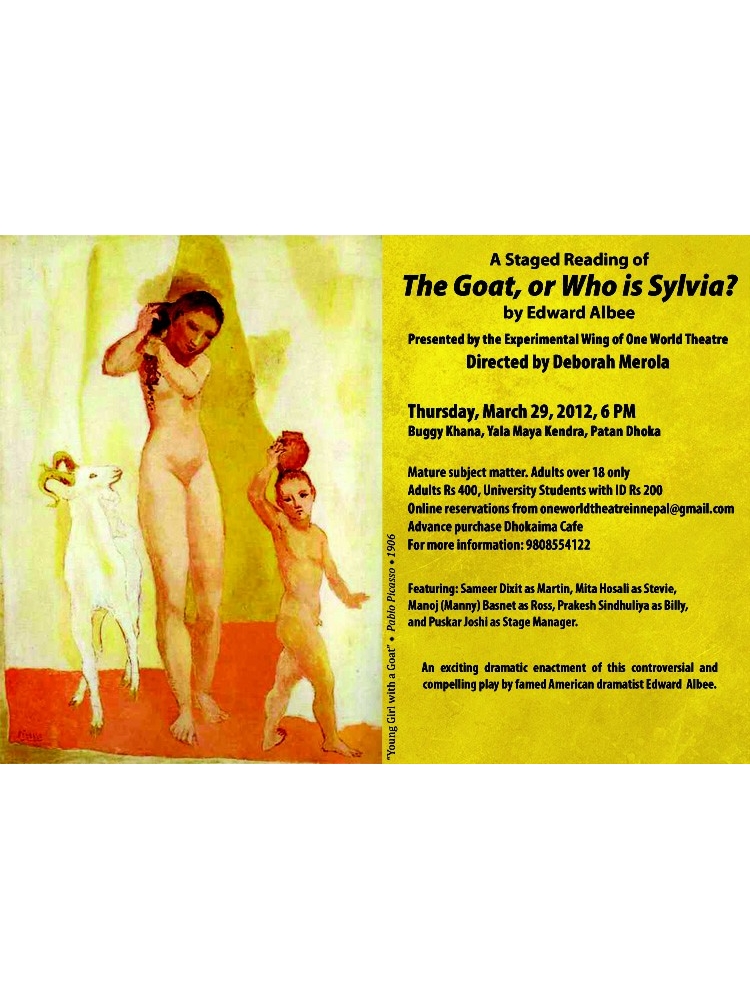 The Experimental Wing of One World Theatre presented a staged reading. A standing room only audience gave a standing ovation.

Review: Dixit who played the protagonist, Martin, made the character relatable. He successfully executed the ordeal of convincing the audience of his love for a goat as one that is genuine and credible, despite the comic reliefs of comments about the absurdity of this love. Hosali’s commendable performance conveyed the helplessness and exasperation of a devastated wife with an ease that reflects experience and skill. Despite the minimalistic props and held scripts that a staged reading demands, these two dominating performances gripped the audience throughout the duration of the play, and evoked a variety of palpable emotions that the script explores through its plots. The controversial issue of beastalism drives the story as it tears a family apart. But running deeper were issues of what is socially acceptable. Does the parameter of ‘what you can get away with’ define what is acceptable, was the question that the play left me thinking about.

The one hour and thirty minutes performance gripped the audience who responded with laughter and grave silence at various intervals as the play lifted and dropped the mood from comical to heart wrenching moments.

A total of 100 people enjoyed the performances.