A play by Rajkumar Pudasaini 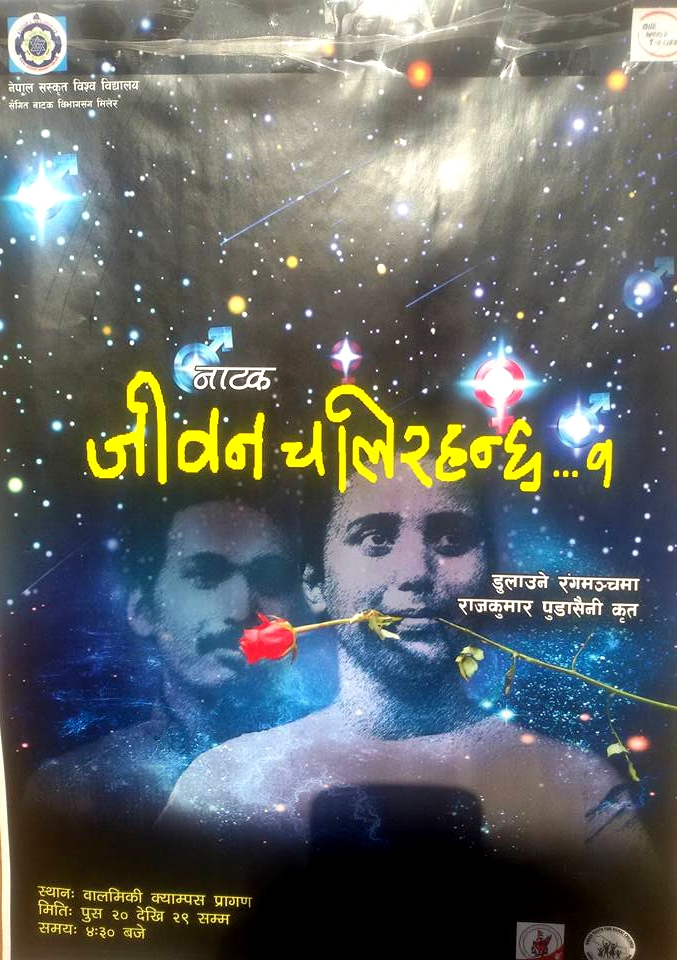 Drama director Rajkumar Pudasaini has written this  play (life goes on) based on the real story of a woman journalist who suffered extreme violence. Almost a decade ago, a woman journalist was raped and it took almost eight years for her to get justice. When Rajkumar Pudasaini read this news in a newspaper, he thought of writing it in the form of a play and staging it to raise awareness on violence against women. Director Pudasaini was touched by these words of the victim: “If there were education, health and other facilities in the village, I wouldn’t have come to Kathmandu and this incident would not have occurred.”

Rajkumar said, “You people are the source of my inspiration. So, you should be the first to watch it being enacted.”

The premier show of this drama will be held at Tundikhel on December 5.

A total of 300 people enjoyed the performances.