A play by Anton Chekov 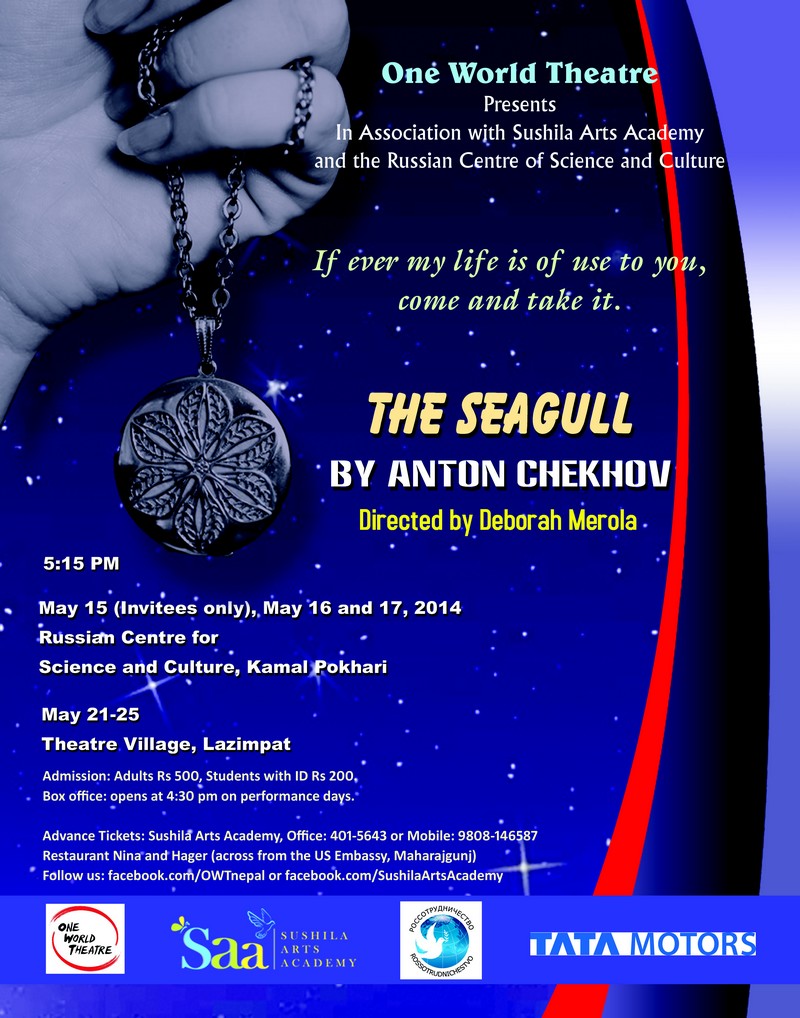 In association with Sushila Arts Academy

Chekov’s classic Russian tragic-comedy feels absolutely contemporary in its concern for a life in art and passionate love, especially in the anguished portrayal of a young artist. The Russian Ambassador to Nepal warmly praised the production from the stage.

“The play is a comedy,” says Director Deborah Merola, “because everyone loves the wrong person, and a tragedy because everyone loves the wrong person. The Seagull is also about art—what art demands of us. I feel it is absolutely relevant to Nepal today where so many young and gifted actors and writers, film makers and visual artists, struggle to make a living, only with the hope to create new art forms for Nepal. The Seagull speaks directly to that passion.”

NOTE FROM THE DIRECTORS:

The Russian Centre of Science and Culture is proud to join One World Theatre and Sushila Arts Academy for the Nepal Premiere of The Seagull, by the great Russian story-writer and playwright Anton P. Chekhov, performing at the RCSC auditorium May 15 to  17, 2014. The Seagull, or Chaika in Russian, was written by Chekhov in 1895 and its triumphant production in 1898 established the Moscow Art Theatre, which adopted a seagull as its emblem.

The Seagull, which Chekhov calls a Comedy, is set in the Russian countryside at the end of the 19th century. It dramatizes the romantic and artistic conflicts between four characters: the famous middlebrow story-writer Boris Trigorin, the ingénue Nina, the fading actress Irina Arkadina, and her son the symbolist playwright Konstantin Treplyov. The cast of characters are dissatisfied with their lives. Some desire love. Some desire success. Some desire artistic genius. No one, however, seems able to attain happiness…. thus the story goes.

Since its establishment, RCSC has been committed to the promotion of cultural relations between Russia and Nepal with the support of our partners and friends. Now, we are happy to join hands with One World Theatre, which is actively working for the development of theatre culture in Nepal. The year 2014 has been decreed the Year of Culture in Russia, with the objectives of encouraging cultural development worldwide, preserving cultural and historical heritages, and celebrating the role of Russian culture in the world. This presentation of The Seagull is one of various events planned for this special year. The RCSC, together with Sushila Arts Academy, is deeply grateful to the OWT theatre artists for realizing this drama with great artistry and spirit.

One World Theatre is thrilled and honored to present the Nepal Premiere of The Seagull by Anton Chekhov in the 2014 Year of Culture of the Russian Centre for Science and Culture, in close association with Sushila Arts Academy. Chekov’s plays are a gift of Russian culture to the world and like the plays of Sophocles and Shakespeare, will endure through time. The Seagull is particularly beloved by theatre artists because of its theme of passionate love and art—what art demands of us. This theme is highly relevant today in Nepal, when so many young and gifted artists struggle to make a living, with the hope to create new art forms for Nepal and to contribute to intercultural exchange and harmony among peoples.

As the Founder and Principal of Sushila Arts Academy, I am extremely happy to collaborate with One World Theatre and the Russian Centre of Science and Culture in delivering this wonderful theatre production of Anton Chekov’s The Seagull. The Theatre Program at Sushila Arts Academy uniquely offers all levels of theatre training, taught by Ph.D. level academics and working professional stage and film actors. Beginning classes provide a safe and fun atmosphere where participants can explore their interest and talent in theatre. Our Actor Conservatory Training (A.C.T.) offers advanced courses and workshops for artists-in-training and professional actors, with credit towards a two-year Theatre Training Certificate. Sushila Arts Academy also offers 80 scholarship seats, supported by Tata Motors, our main Scholarship Supporter, for art, dance, music and theatre classes, including A.C.T. advanced theatre courses and workshops.

ONE WORLD THEATRE GIVES SPECIAL THANKS TO:

Stanislav Simakov, Director of the Russian Centre of Science and Culture, for his support of meaningful intercultural exchange.
Anton Maslov, Deputy Director of RCSC, for his wonderful enthusiasm for the arts.
Shilpee Theatre, Resident Theatre at RCSC, for their generosity in loaning many items.
Tata Motors, SAA Main Scholarship Supporter.
Shiba Thapa, Ph.D., Principal, Kaastamandap Vidyalaya, for the loan of furniture pieces.
Pravati Mazumdar, for the loan of a rug.
Krishna and Rose Poudyal, for the loan of patio furniture
Volunteers: Nicole Colllins and Matthew Morales for wonderful support.

AND OUR LOYAL SUPPORTERS:

A total of 200 people enjoyed the performances. 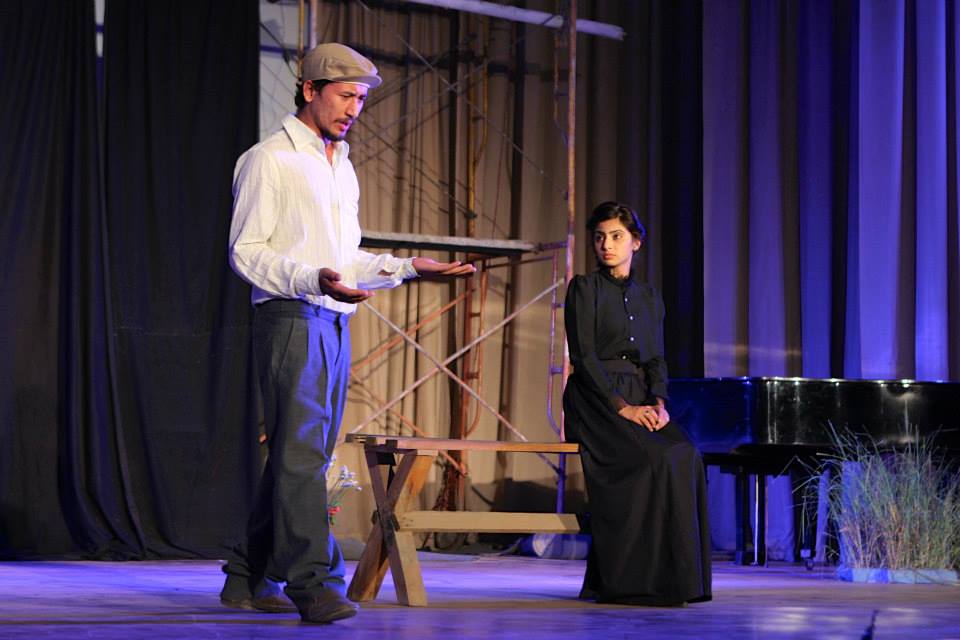 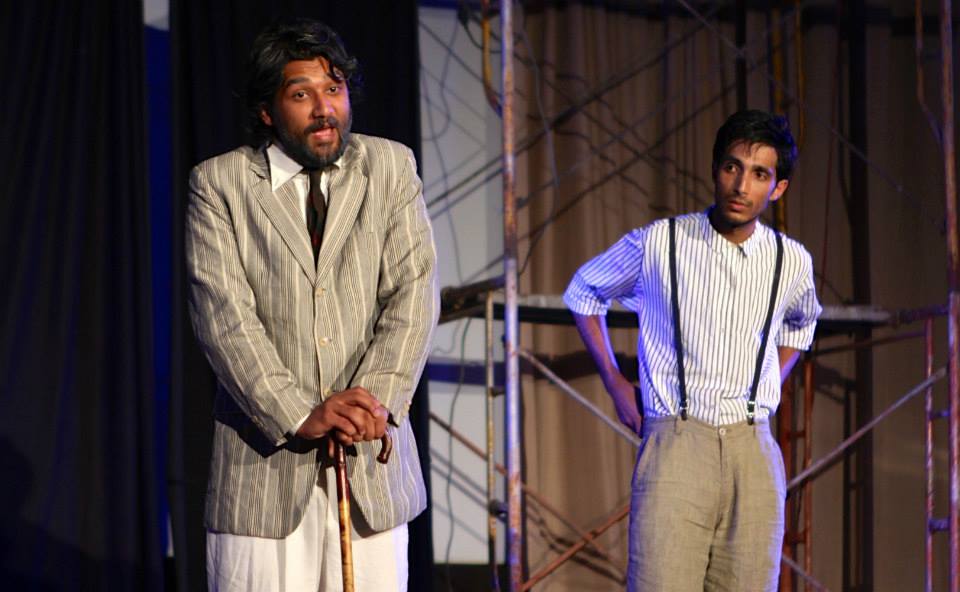 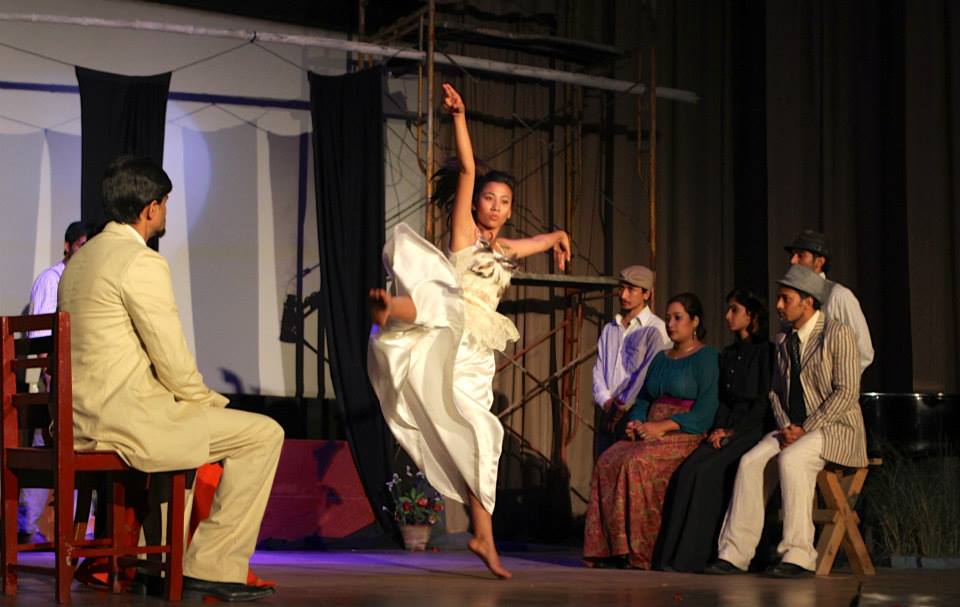 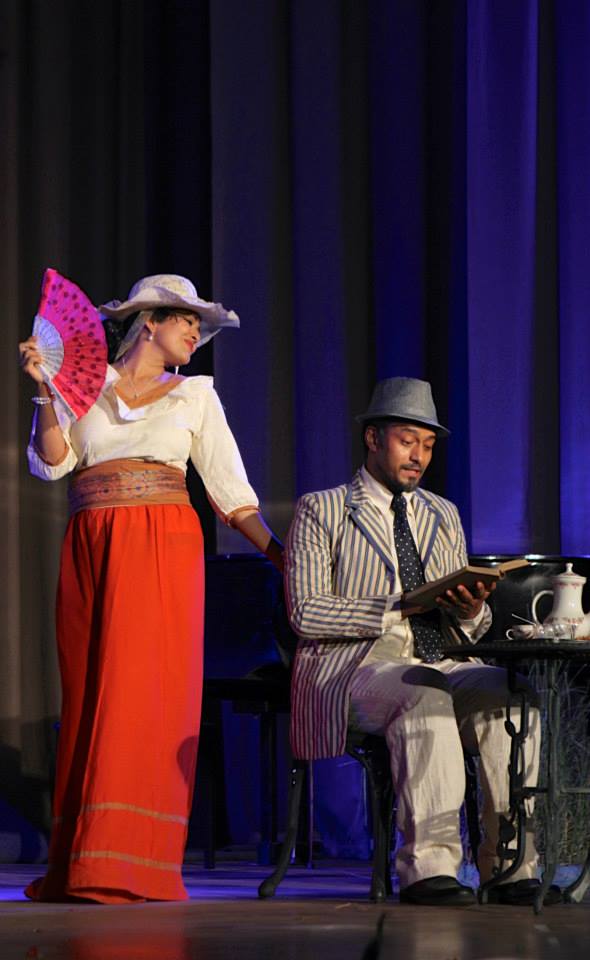 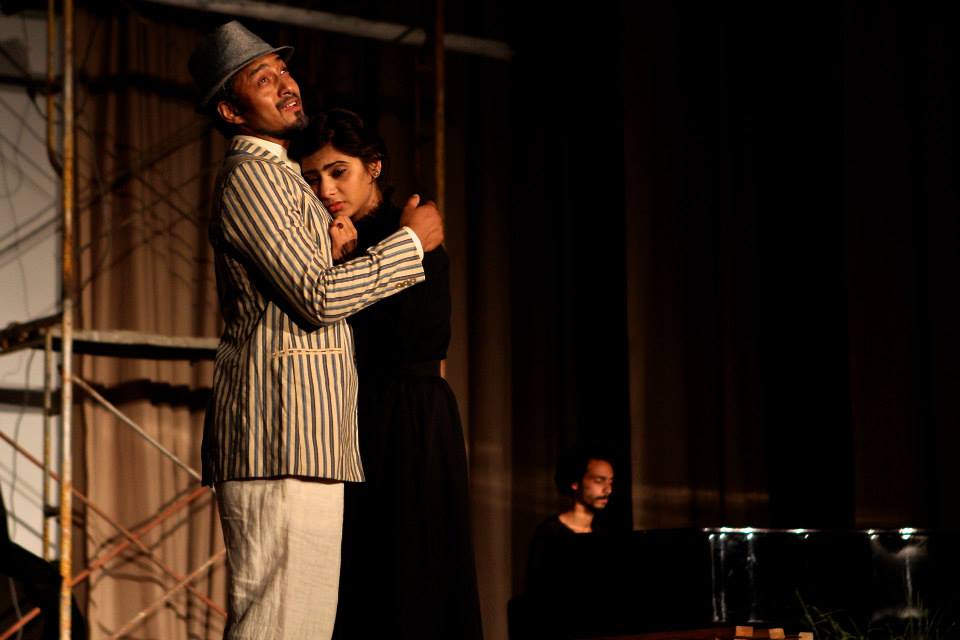 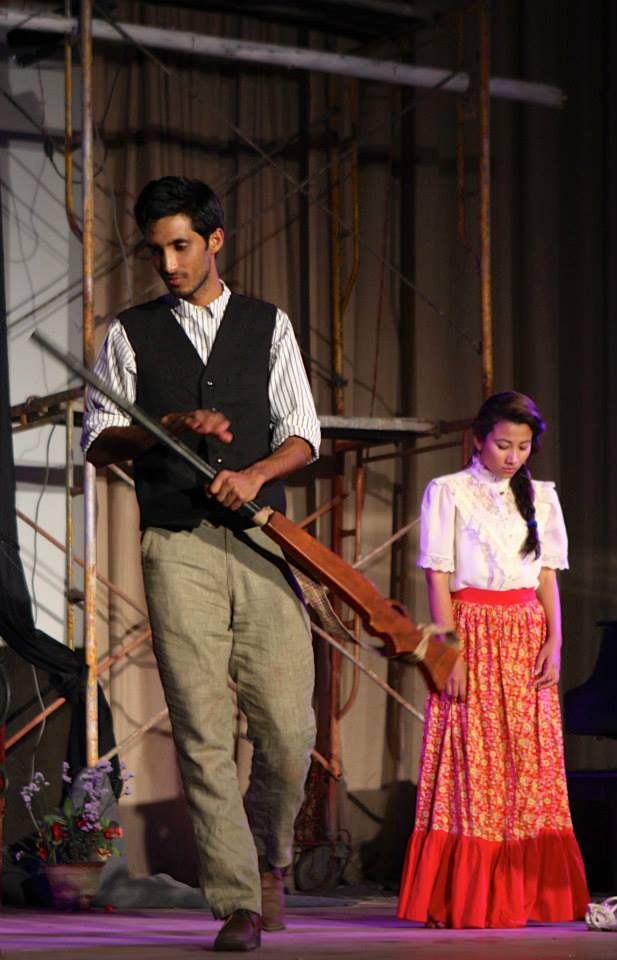 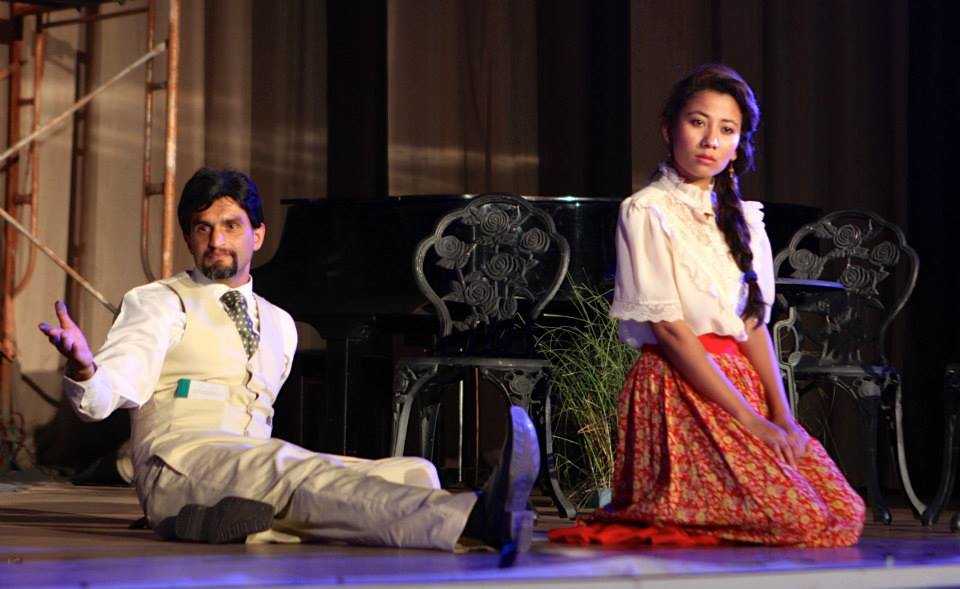 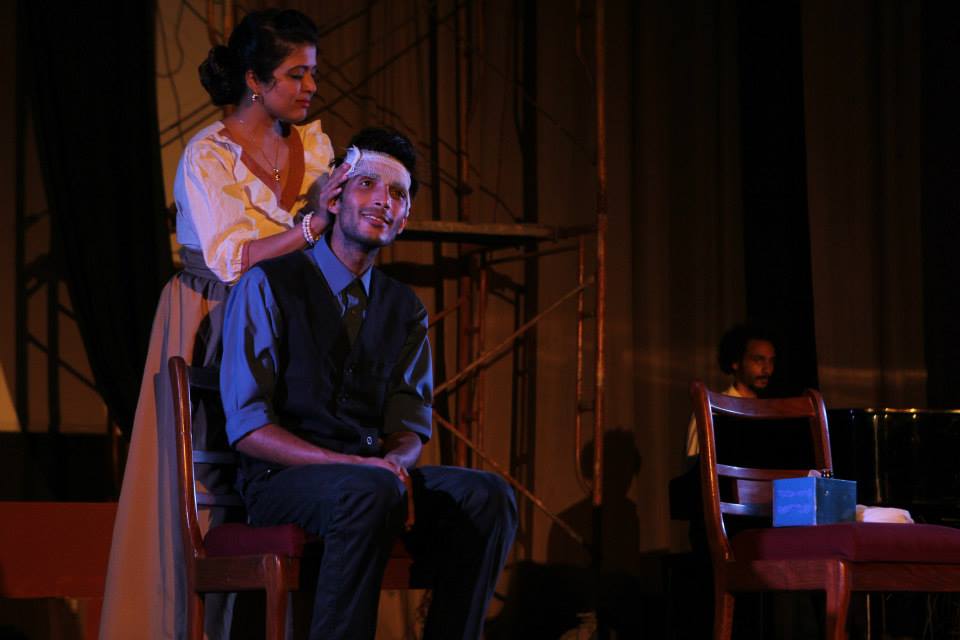 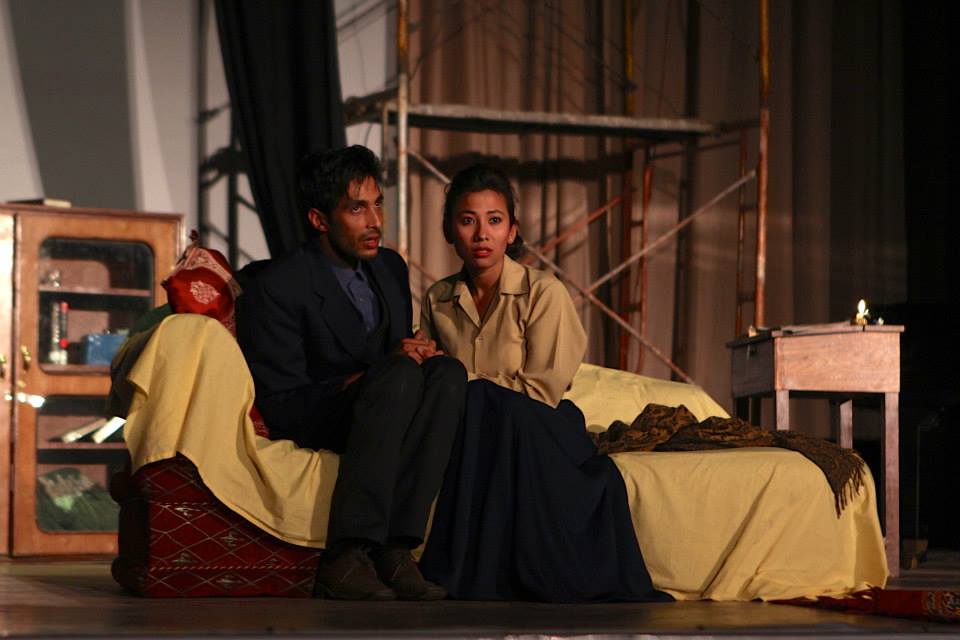 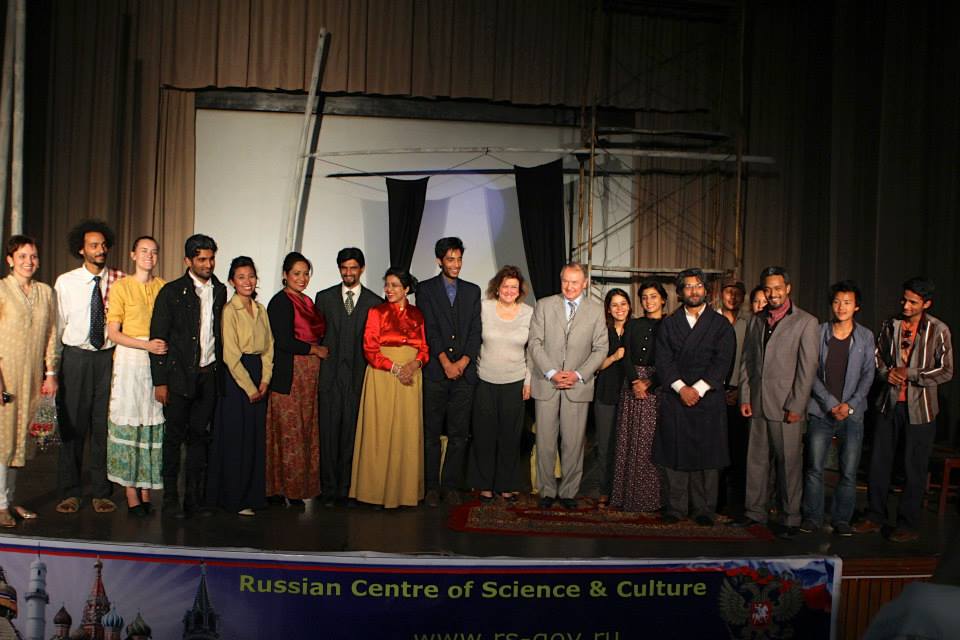