A play by NA 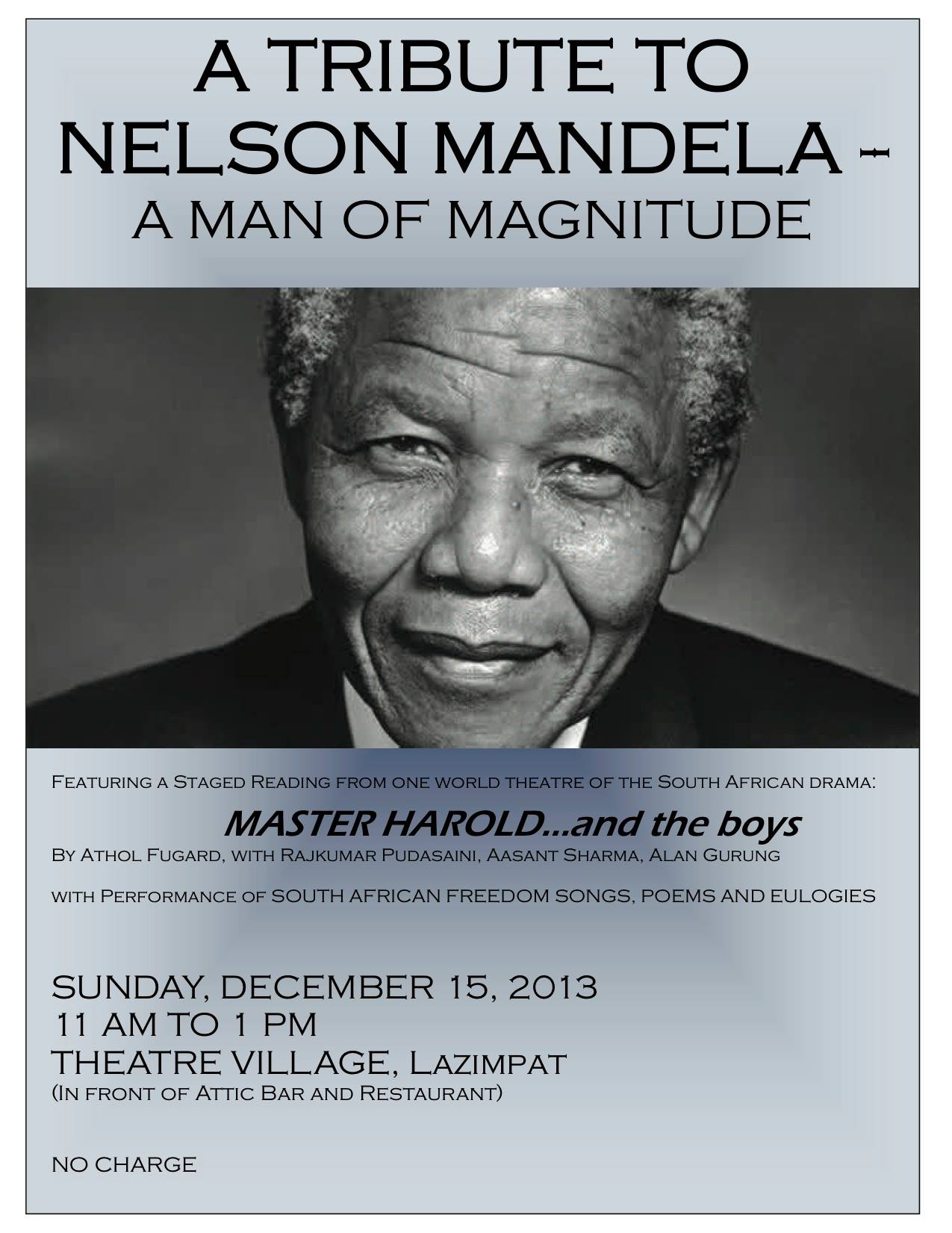 A Tribute to Nelson Mandela - A Man of Magnitude. Besides freedom songs, poems and eulogies, this featured a staged reading of the South African Drama: Master Harold... and the boys, by Athol Fugard..

A total of 75 people enjoyed the performances.