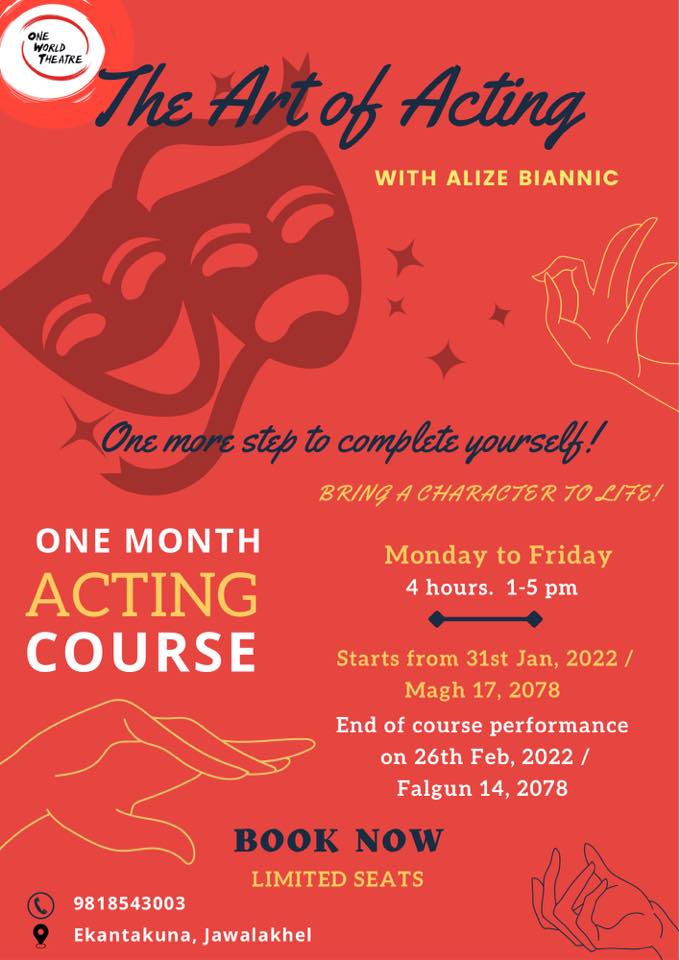 After many requests, One World Theatre is now offering a month long acting training, run by Alize Biannic.

Alize Biannic: Performing Arts Artist. After starting at the Paris Opera, she knew she had found her passion and way of expression. She performed in over 50 productions, notably fourteen world-premieres including: “La Bayadère“, “Casse Noisette” and “Le Sacre du Printemps” by Uwe Scholz. Alizé earned her Bachelor of Performing Arts at the Royal Ballet School (Covent Garden) and got her Master from the Meisner Training (London Meisner School). Initially trained as a dancer, she fused her choreography skills with acting, bringing about a perfect marriage of her two passions. Wanting to explore new horizons and cultures brought her to Nepal in 2013 where she has created and directed dance theatre shows, cabaret and musicals since 2014.